Through a funding site called GoFundMe, I managed to fund Alzheimer's research $225.00 instead of just my contribution of $100.00.  It is so worth it and I can't thank Larry Cass and Tracy Carlin for supporting me and 100 by 100 on this run.  Thank you both so very much.  It really means a lot.

This particular run was a totally self-supported run out at the Soldier Ridge trail in Sheridan Wyoming.  I was a bit skeptical of doing this run now after just finishing a 50K less than 2 weeks ago, but I felt good and was in great shape, so why not?  Basically I set up to do 3 loops of 10.4 miles on the trail.  It was not, in no way, as hard as some of my other races I've done in the past, but that's ok.  It's all about supporting Alzheimer's research and getting in 100 Ultramarathons in!  After every lap on the trail I would come back to the trailhead and my car, and fill up on food and drink.  Pretty easy to say the least.  It turned out to be a fantastic cool day too.  I originally was going to do it on 8/6/16 but the weather looked to be really hot so I adjusted the date.  Hey, that's what's great about doing a run on your own!

I started out the run with my brother in law, Tim Sandman and he did 3 miles with me starting out at 6 am.  It was great having him with me - as it was his first time out on the trail.  He was very impressed with it.  He informed me of all the various grasses and birds we saw on the trail too.  We saw one runner with 2 dogs at the start, but for the entire rest of the day I only saw 1 more person on a bike!  On the second lap I listened to some of my music on the iPod, so that was great.  Thank you to Santana, Joe Walsh, and Joe Satriani!  But then, I met up with my wife Lori at the start of my final lap at the trailhead!  How great is that!  Lori ran with me for the the last 8 miles and it was so great because she had many things to inform me about and we talked the entire time.  It was sunny the entire day but we always had a very nice cool breeze and that kept us cool.  Perfect day to run.

We came home, showered, and went out for a later lunch.  I then texted and sent a photo of me drinking a beer to my ultra running buddies.   Bj immediately told me to take out my orange slice in my beer as it was not up to "ultra" drinking standards.  I was informed that my choice of beer is "15% Girl by volume".  Ha!  Oh, well, such is life, I guess I can live with that.  Whatever......

Here are some pics!  Thanks again everyone for the support!  Have a great day! 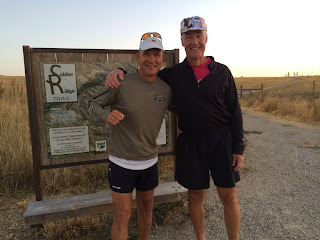 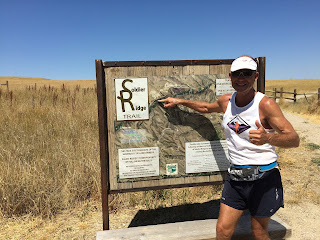 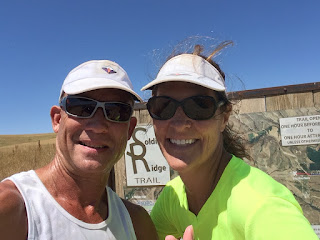 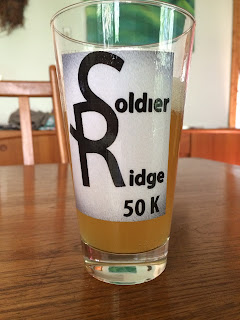 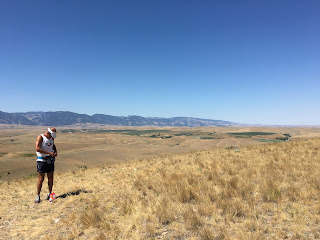 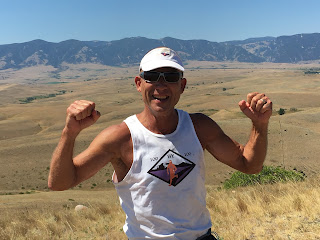 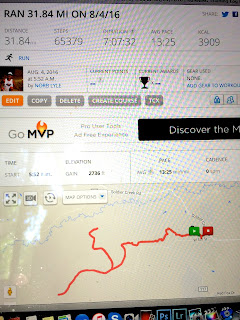 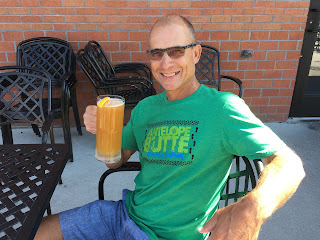 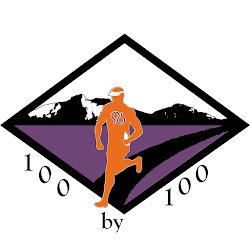